Can my boss sack me for getting a tattoo? 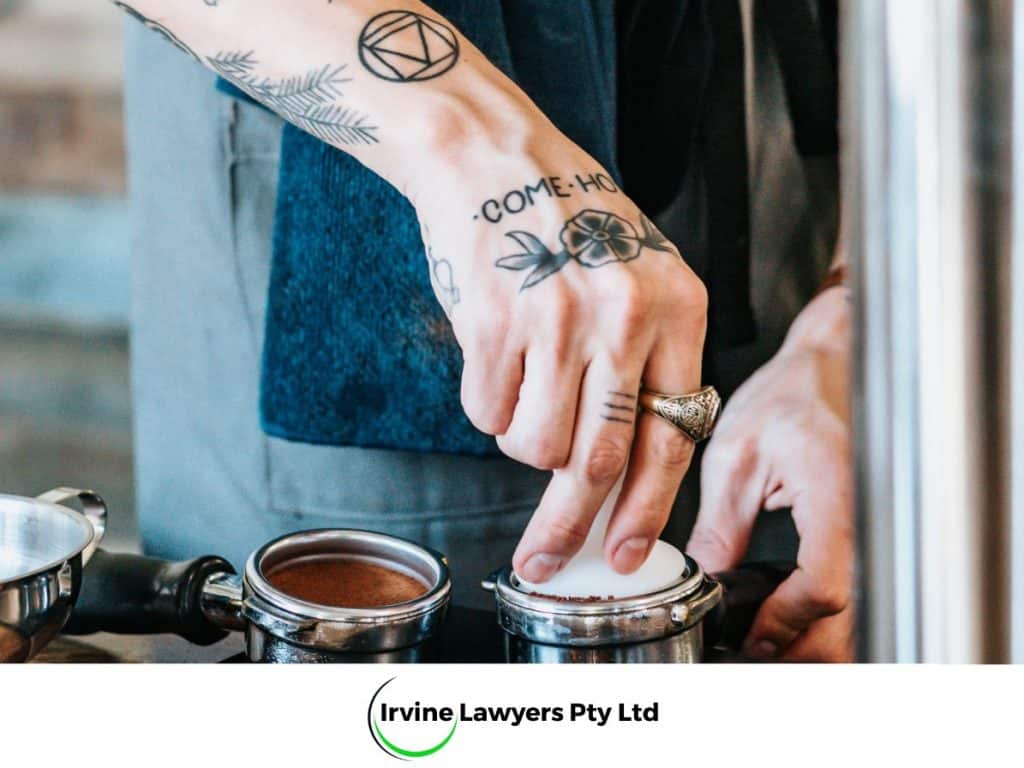 Body art such as tattooing and piercing has enjoyed popularity over recent years. However, if you are thinking ink, you should perhaps think twice before spending your next week’s pay on a tattoo. It is possible that your new look may put your present or future job at risk.

But in today’s society, is it legal for an employer to ban visible tattoos in the workplace or not hire somebody on the basis that they have a tattoo or facial piercing? Essentially, the answer is yes.

There is no law against employers insisting that visible tattoos or piercings be covered during working hours or having a no-tattoo policy on hiring. This was evident recently when a young Gold Coast woman was refused a position as a flight attendant with Qantas and Emirates because of a small tattoo on her ankle.

As an employee it is important to be aware of policies that may impact upon your current or future job prospects. If you are partial to decorative inking and facial piercings, you may need to balance your prerogative for self-expression with your career aspirations.

Following is an insight into your rights and responsibilities and what might be considered unfair or discriminatory in the workplace. If you are unsure of your rights or have difficulty confirming policies with your employer we encourage you to ask your lawyer for further advice.

What are the laws covering our workplace?

Most employer / employee relationships are now covered by the Fair Work Act 2009 (Cth). The Act sets out minimum standards of employment and provides protection to employees against unfair dismissal. The Fair Work Commission is Australia’s national workplace tribunal with jurisdiction to resolve workplace disputes and unfair dismissal claims.

In addition, Commonwealth and State legislation deal with discrimination in the workplace and work health and safety laws. Anti-discrimination laws promote equality throughout the workforce and have adopted human rights principles from various International Labour Organisation conventions.

Various situations may lead to discrimination in the workplace or a claim for unfair dismissal, however an employee or potential employee’s appearance, per se, does not fall within the current protective provisions.

Employers are at liberty to implement policies on standards of appearance in the workplace. This includes banning visible tattoos and certain body piercings and insisting that employees comply with specific dress codes.

Given an employer’s investment in a business, it is reasonable to expect that certain standards of appearance should apply, particularly in line with an organisation’s reputation and standing within the industry.

Other policies may exist to maintain occupational health and safety standards within the organisation such as the wearing of safety gear on a construction site or banning jewellery whilst working in a factory.

What duties does an employer have and when is a policy discriminatory?

The Fair Work Act prohibits harsh, unjust or unreasonable treatment in the workplace.

Employers must ensure that policies are reasonable and implemented in a manner that protects an employee from treatment that might be considered harsh or unjust. For example, introducing a policy after a tattooed employee has already been hired and that retrospectively bans tattoos (where no previous notice or concern had been raised) may be considered unfair or unreasonable.

In Dapto Leagues Club Ltd v A [2014] FWC 7953 (18 November 2014) the employee wore a lip ring which she had for several months prior to the Club implementing a new policy that required her to remove it during working hours. The policy also banned tattoos but did not require existing employees with visible tattoos to have them removed. Whilst this latter part of the policy was considered ‘sensible and realistic’ the Tribunal commented that there may be ‘a hint of discrimination’ given that the female employee (whose lip piercing was also pre-existing) had been requested to remove it.

The Club’s enterprise agreement specifically stated that workplace policies did not form part of the agreement. Accordingly, the policy fell outside the jurisdiction of the Tribunal for determination. Despite this however, the comments are insightful as to how new policies could be considered discriminatory.

Employers should make their policies known to employees and provide them with access to written copies. Ideally, policies regarding dress codes and appearance should be discussed during the interview and a copy of the policy provided during the induction. An employee sacked for having a tattoo or not covering a tattoo in circumstances where he or she was not aware of a policy banning tattoos may have grounds for unfair dismissal.

In some cases, indirect discrimination can arise if circumstances are linked to a personal attribute covered in the anti-discrimination laws, such as ethnicity, religion or culture. For example, if having a tattoo forms part of a person’s culture or religion, refusing to employ them on these grounds alone may constitute discrimination. This might occur for instance, if a Maori with tattoos has the necessary skills to perform the job but is not offered the position because of an unreasonable no-tattoo policy. The ‘reasonableness’ of the policy might be considered in terms of the type of job to be performed, ie. whether customer contact is required.

The law has been relatively unexplored on such matters and remains vague however a range of circumstances would need to be considered and each matter would turn on its individual merits.

It is lawful for your employer to have policies regarding your appearance at work. These policies may include a ban on visible tattoos and other matters however should not result in harsh or unfair treatment.

If you are aware of policies within your workplace which regulate your appearance you should abide by them to avoid potential disciplinary action. If you are unsure of what your policy is, you should ask for clarification from your employer. Workplace relationships run much smoother if everybody is on the same page.

This information is general only and you should obtain professional advice relevant to your individual circumstances.

If you feel you have been discriminated against or unfairly treated in the workplace or would like more information on your workplace rights, please call us on (03) 9422 5439 or email laurie@irvinelawyers.com.au